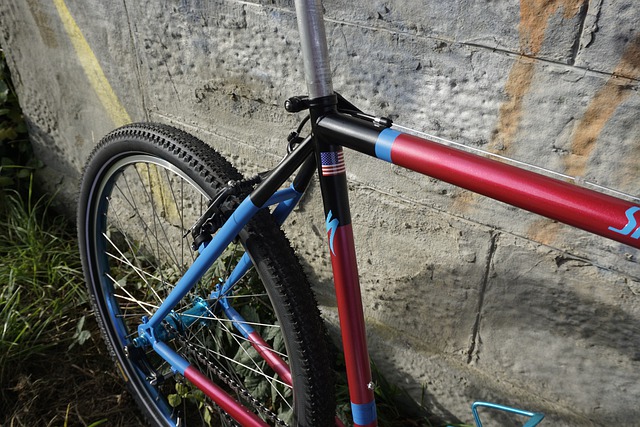 In this article, we’re going to shed light on some of the best single speed mountain bikes today.

Single-speed mountain bikes strike a sublime balance between simplicity, low-maintenance, and affordability. However, they’re not the easiest to pick, as they’re available in a wide range of models.

Difference Between Single-Speed and Fixie Bikes

The main difference between single-speed and fixed-gear bikes is that the former is fitted with a freewheel, whereas the latter isn’t.

In other words, the rear cog on a fixed-gear unit is joined with the rear hub, meaning the cog will turn with the wheel. This isn’t the case with single-speed bikes.

Moreover, with a single-speed bike, if you cease pedaling, the cranks will stop moving, but the rear wheel will keep turning. If you stop pedaling a fixie bike, the cranks will continue to spin, but you can brake when needed by preventing the pedals from moving.

The brakes on a single-speed bike are the same brakes you’d find on a regular geared bike. It’s possible to find fixed-gear bikes that feature brakes. To be more specific, they’re likely to feature a single brake on the front only, considering how the wheel itself serves as the back brake.

How exactly does a freewheel work? It’s quite similar to ratchet in that it allows free movement in one direction only. If reversed, the motion will stop entirely. If you apply pressure to the pedals, you help engage the teeth, which will push the wheel and create movement.

The Gravity 27Five FS is one of the lightest single-speed mountain bikes in its price range. The bicycle boasts race-proven geometry that ensures responsive and stable handling. Whether you’re riding singletracks or switchbacks, the Gravity 27Five FS will offer ease of handling.

If you enjoy riding 29er bikes such as the Cobia or Mamba, you’re going to relish this bike ride, as it’s more nimble. From slow speed and high speed to technical and flat-out hammering, this bike can do it all. The only thing you need to do is spend a few minutes assembling it.

The bike is available in 4 sizing options: small (15 inches), small/med (17 inches), medium/large (19 inches), and large/x-large (21 inches). Each sizing differs in terms of the height it can handle as well as the standover height. We suggest a minimum of 2 inches for crotch clearance.

The primary problem we have with this bike is its front fork, which leaves a lot to be desired. The lockout knob is pretty fragile, and we’ve seen some reviews that indicate it was breaking on the first wipe-out. The front suspension might not be all that great, but given the price, it does its job.

Built from durable steel, the Ghoul Core-Line State Bicycle is one of the most rugged models on this list. Its tasteful single-color design grants it a great deal of appeal and makes it an ideal pick for minimalists who aren’t into flashy-looking bicycles. It’s quite an affordable bike as well.

To further ensure that the bike is of the highest quality, a 5-year limited warranty is accompanied as well, showing just how confident the manufacturer is in the product. Moreover, shipping in the USA is free. The package includes both front and rear brake pedals as well as platform pedals.

The Ghoul Core-Line State Bike weighs only 24.5 pounds, making it one of the most lightweight on this list. It’s available in 3 frame sizes: small (50cm), medium (54cm), and large (58cm). The frame geometry strikes a perfect balance between comfort, responsiveness, and fun riding.

The thing we like the most about this bike is that it’s equipped with a flip-flop hub that allows you to switch from fixed-gear to single-speed riding. The only issue we have with the bicycle is the size of its pedals. Aside from that, this is an excellent single-speed bike that you should consider.

The Monocog 29 from Redline Bicycles is arguably the most aesthetically appealing model on this list, thanks to its full Chromoly steel frame and green paint job. It looks very minimalistic, but the way it comes across just screams tough and uncompromising. Quite a masculine design!

Both the front and rear tires have a quick-release functionality, which allows you to exchange the tires with ease. As far as assembly, the bike is delivered assembled except for the front tire. Not to mention that there are various videos online on how to put the bike together.

The Monocog 29 is equipped with Tektro mechanical disc brakes that offer a great deal of power for stopping. The bicycle excels when it comes to rolling over obstacles, as it boasts long-lasting double-wall aluminum-alloy wheels. It’s also quite effective as far as riding on paved roads.

The main problem you’ll encounter with this bike is transportability, as it’s one of the heaviest on our list. Another minor problem that we have with this bicycle is the saddle. It’s just a bit too firm and might give your butt a hard time. Aside from that, the bike is a complete beast.

The Swobo Mutineer is a super popular single-speed mountain bike amongst both amateur and professional cyclists. If you’re looking for a bike that’s available in average bike frames, this is an excellent pick for you. Its delicate yet sturdy design makes it an ideal choice for women.

The bike is equipped with superior BB7 disc brakes for maximum safety. It’s available in 2 colors that you can pick from, which are black and pink. The suspension on this bike is nothing short of impressive, meaning you’ll be able to tackle extreme terrain without exerting much effort.

The bike is available in 4 different sizes in order to accommodate anyone. It features 27.5-inch wheels, and it’s belt-drive compatible for your convenience. Overall, if you’re looking for a rugged yet lightweight bike that’s ready to tackle extreme terrain, the Swobo Mutineer is for you.

Video: Everyone Should Ride a Single Speed… At Least Once

Why Should I Get a Single Speed Bike?

From their simplistic and low-maintenance builds to their lightweight construction and affordable value tags, single-speed bikes provide a lot of advantages over their multi-speed counterparts.

Considering the lack of extra gears, adjusting a single-speed bike is pretty simple. Keep in mind that the only moving parts on a single-speed model are the cranks, wheels, and brakes. Thanks to the use of horizontal dropouts on the rear, chain stretch adjustments are also very easy.

It’s also worth noting that it doesn’t require a mechanically-inclined person to tune the drivetrain of a single-speed bicycle, making it notably easier to make adjustments with the aid of the horizontal dropouts. Not to mention that single-speed bikes are just easier and more fun to ride.

Like we’ve just mentioned, single-speed bicycles don’t have as many components as multi-gear models do, which makes maintaining a lot easier. Single-speed bikes feature one chainring, one cog, and zero derailleurs, whereas multi-gear bikes are equipped with numerous components.

We also feel the need to note that some single-speed models feature simplified coaster brakes, meaning that you don’t really need a disc braking system or a rear drum. All in all, single-speed bikes are low-maintenance, so don’t worry about spending a lot of time and money.

Multi-speed bikes tend to have multiple cogs, chainrings, gears, and brakes, which makes them pretty heavy. Single-speed models, on the other hand, don’t have as many components, so they tend to be a lot lighter than multi-speed bikes, which is beneficial in many ways.

This comes in handy if you’re someone who lives in a flat or if you continuously need to take your bike inside the house or to any other place.

Compared to the multi-speed models, single-speed bikes are often more affordable, including the initial purchase price and any repairs or maintenance required in the long run.

The retail price of a single-speed bike might be lower, but it doesn’t take anything away from its value.

The reason why they are so affordable compared to multi-speed models is that a lot of the components that make a bike expensive don’t exist on a single-speed bicycle.

In terms of the quality of the frame, bearings, and wheelsetsb, single-speed bikes usually excel.

Is single-speed cycling more fun?A single-speed bicycle is easier to ride, there are fewer distractions, which allows you to focus on enjoying the ride, rather than shifting your gears.What is the best single speed gear ratio?To have better acceleration, albeit at the expense of maximum speed, a good gear ratio is 44/16, also written 2.75.Is it hard to ride a single-speed bike?Yes, they are more demanding, as you do not have the right gear for climbing or for pedaling on rough terrain.Is a single speed bike suitable for fitness?Yes, of course. It is even better than multi-speed bikes because to go faster, you need to increase pedaling speed. This contributes to better training your legs, which must contract the muscles more quickly, as well as the heart and lungs, which must support the pedaling increase.So riding at a single-speed bike makes you stronger?Yes, because you pedal in a harder gear than you would otherwise use, which improves your training.

All of the mountain bikes mentioned above should get the job done perfectly. However, one bike that stands out the most for us is the State Bicycle Ghoul Core-Line.

It’s lightweight, durable, and extremely comfortable to ride for extended periods of time.

Another mountain bike that we’re quite fond of is the Redline Bikes Monocog 29, mainly due to its aesthetically appealing design.

It might be a bit of a hug because of its weight, but it offers an incredibly smooth and agile performance. Not to mention its immense durability. 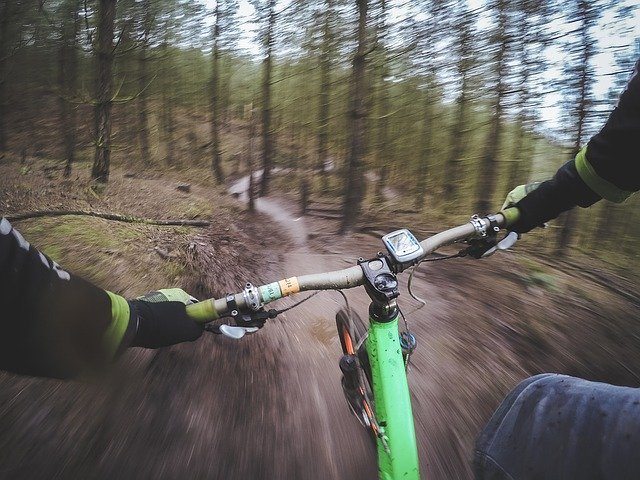 Introduction What are the best bike trails in Ohio? The state of Ohio is one of those locations that are perfect for the ever-growing bicyclist community. There are some spectacular trails with varying levels of obstacles, and they will elevate your skills if you ride through them. This article tries to compile the best biking… 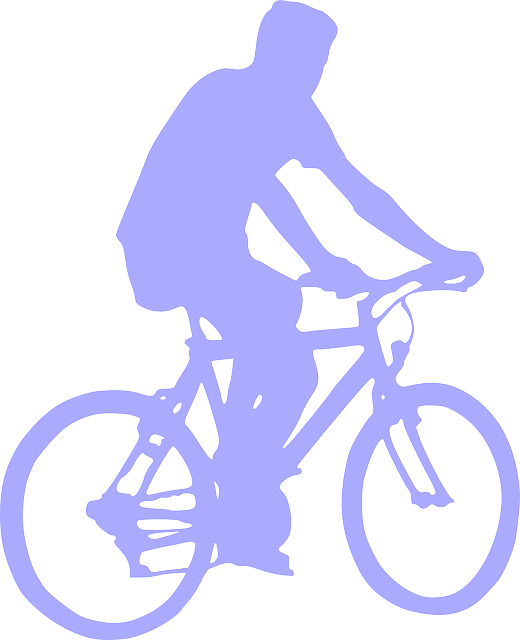 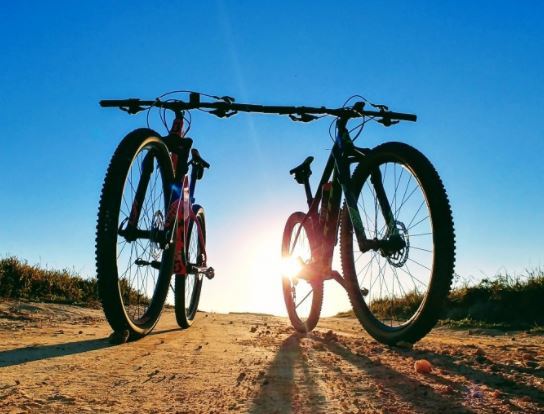 Choosing the mountain bike that can help you enjoy the experience of riding on the trails can be overwhelming. It would help if you had a bike that can protect you from the rocky and muddy grounds without being extremely heavy or incredibly expensive. That’s why you’ll find what you need in this Schwinn mountain… 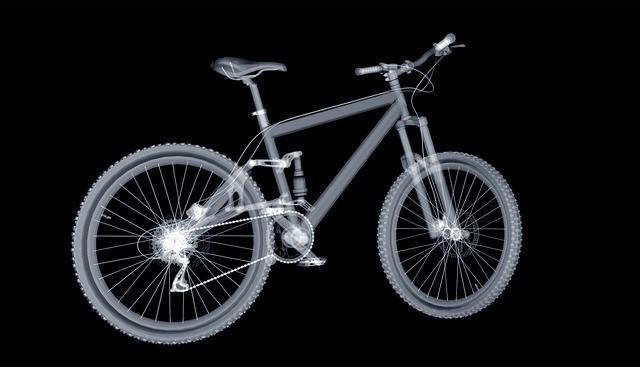 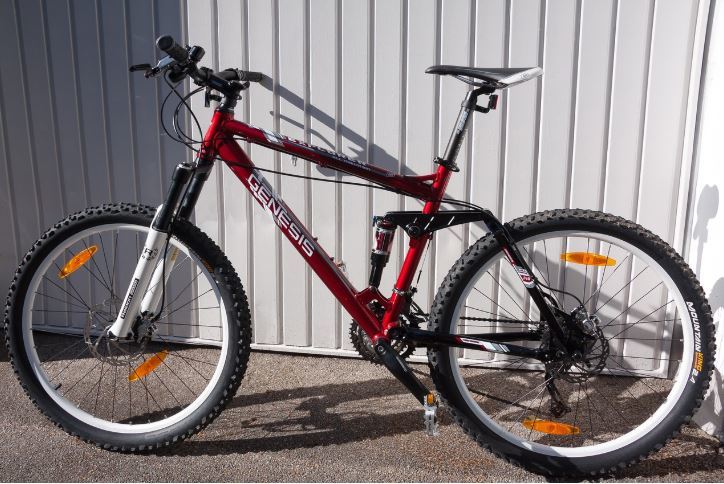 Is it your dream to become a professional mountain biker? Here you will find the best full suspension mountain bike under 1000 dollars, so you don’t have to worry about looking further, here you will find some great MTBs and stay within your budget! Quick Comparison: Best Mountain Bike Under 1000 Full Suspension Brand/Model Image… 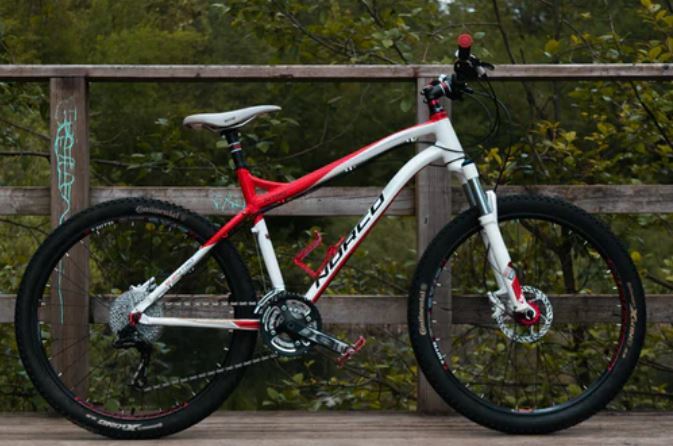 You are looking for the best mountain bikes under 300 dollars, and you are probably exploring more than one website to evaluate the different options.By doing so, you are learning that while some low-cost bikes will immediately reveal their defects after purchase, others will live up to the more expensive models. Why? Because cheap does…