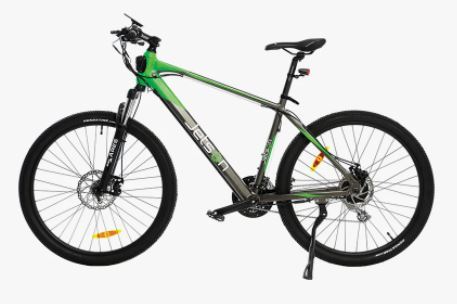 Are e-bikes here to stay? Maybe. Nothing can beat a classic old-time bike, but there’s no denying the enjoyment of riding an e-bike. This Jetson Adventure electric bike review is a prime example of that.

Sensible and sleek, this e-bike is just one release from a handful that caught our eye. Today, we’re going to cover all things Jetson Adventure, including some pretty interesting details.

All About the Jetson Adventure Electric Mountain Bike

It has the look and feel of a mountain bike, but don’t be easily fooled.

Looking at the Jetson Adventure, you’ll have a hard time believing that it’s an electric bike. It just doesn’t look like one: It’s too sleek, too crisp, too lean. To the inexperienced eye, there’s simply no space available to sneak a motor or a battery.

This little detail was emphasized by Jetson Electric Bikes LLC CEO Josh Sultan, who sensed that there was a need for “an electric mountain/road bike that was visually beautiful, but also offered a value,” he emphasized the lean build of the Jetson Adventure. It’s why Jetson “removed the typical ugly battery normally lodged above the rear tire from many other brands.”

If you study the Jetson Adventure with more scrutiny, you’ll be able to spot its hidden electric gear. A rechargeable lithium-ion battery is neatly set in the center of the front V-frame. This battery, which takes up to 6 hours to fully charge through a USB port, can power up the Jetson Adventure up to 30 miles.

The Jetson Adventure is equipped with a powerful 250 Watt hub motor, which gives you just the right amount of power. When coupled with 9 levels of pedal assist, the built-in sensors perceive the effort being put into pedaling. Based on it, the battery starts sending 9 levels of power.

You’re also supplied with a smart screen. The Jetson’s Adventure interactive LCD display allows you to see updates on battery life and track the distance traveled and current speed.

From a comfort standpoint, you’re equipped with a shock-absorbing seat. You’re also provided with front shock suspension. This can come in handy, especially when you’re navigating rough and bumpy roads.

There’s also the position of the kickstand, which leans toward the back. It might seem an insignificant detail, but think again: How many times did you push the bike back, only to get the pedal to catch on the kickstand?

Like everything else, the Jetson Adventure has the good and the bad. Here are some of them.

When looking at e-bikes, there are two major electric motorstyles to be found: mid-drive and rear hub motors.

Moreover, mid-drive motors are incredibly small and light. They’re usually set directly into the bike’s frame, making it hard for anyone to recognize it as an e-bike.

Mid-drive motors also allow for built-in torque sensors, which detect the rider’s effort into pedaling. This effort is translated into motor power, and it’s based on how hard you’re pedaling.

Nevertheless, mid-drive motors have their cons as well. They can wear down the drive system (more specifically, the chain) quickly.

They’re also more expensive to buy, and backup parts are by no means cheap or budget-friendly. Additionally, shifting an e-bike with a mid-drive motor isn’t easy, as the shifting needs to be done when you’re moving.

Between the two, rear hub motors are the most common in e-bikes. They’re placed in the center of the bike’s wheel. In addition to their affordable price range, their placement and style make them independent and low-maintenance, as they support all of their components inside the motor casing.

The good thing about hub motors is that they don’t deteriorate the chain or shifters since they don’t put added pressure on them. You’ll find that the chain, in particular, could last longer than a regular old bike just because the hub motor will be carrying most of the workload.

Another interesting detail is the backups available to hub motors. Since the pedal drive system is separated from the motor, you don’t have to rely on both parts. If one goes down, the other can still get you home.

But that doesn’t mean rear hub motors are hassle-free. They make tire-changing a lot more challenging, and they’re heavier than mid-drive motors. Now, the added rear load can balance out the weight of a bike with a front battery. However, you can imagine how disadvantageous that rear load would be with a rear battery with a bike.

The overall premise of the Jetson Adventure is undeniably promising:

light, simple, and straightforward. There are no gimmicks, and it’s all about meeting your needs.

Does it deliver on those promises? On some level, yes. It’s 44 lb, extremely comfortable, and armed with a 250 Watt hub motor that gets the job done.

Sure, the battery isn’t removable, and constant Bluetooth communication isn’t available. But we still have to admire its smart camouflage as a regular mountain bike and its utter convenience.

On top of that, it offers all of these features for a relatively reasonable price. What’s not to like? Not much, we’d say.

If you’re looking for a suitable alternative to the Jetson Adventure, then you should consider the Emojo Wildcat Pro electric bike. It’s a robust mountain bike that doesn’t trade style for convenience. At 58 lbs, it’s lightweight and but rigid, hiding a 500 Watt electric motor under its aluminum frame. 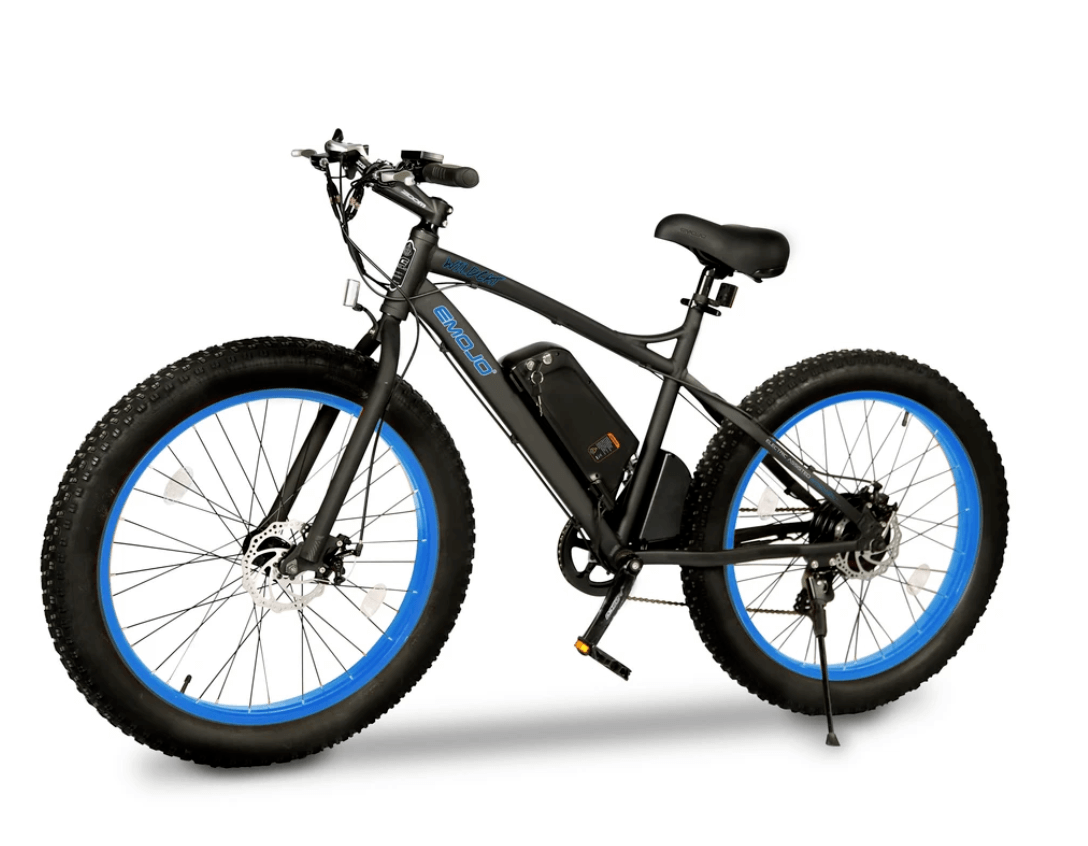 One of the Emojo Wildcat Pro’s strong points is its fat, low-pressure tires. They’re thick and durable, which helps soak up the shock of rough and bumpy roads, allowing for a smooth ride. This makes them ideal for hunting and fishing trips. 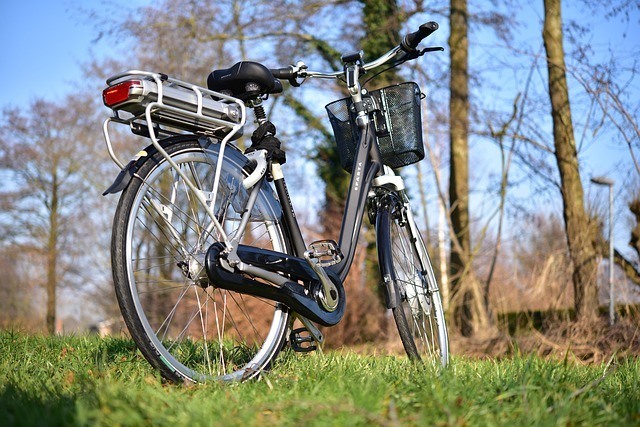 Electric bikes guarantee a comfortable ride where you reach your destination without feeling extremely tired, and the best ebike conversion kit will allow you to transform your standard bicycle into an electric one. Powered rides are comfortable, sweat-free, and fast, so they’re quite desirable by lots of hobbyists and commuters. However, investing in a new… 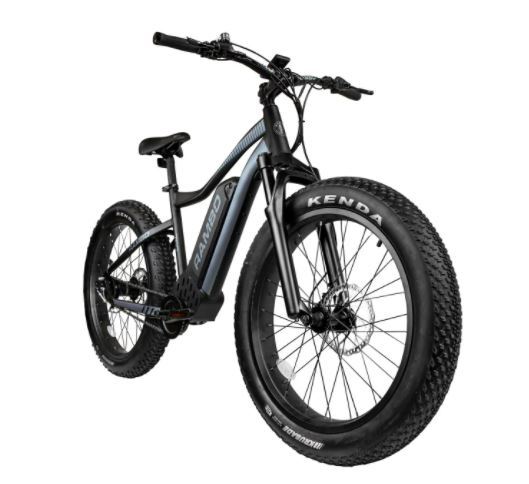 In this article, we’ll be discussing the best electric bikes for heavy riders, including full reviews and specifications! We’ve also included a handy guide for buying your perfect electric bike. Electric bikes have changed the way people ride their commutes. They’re hygienic, eco-friendly, and a great alternative to taking crowded transportation. The fact that it’s… 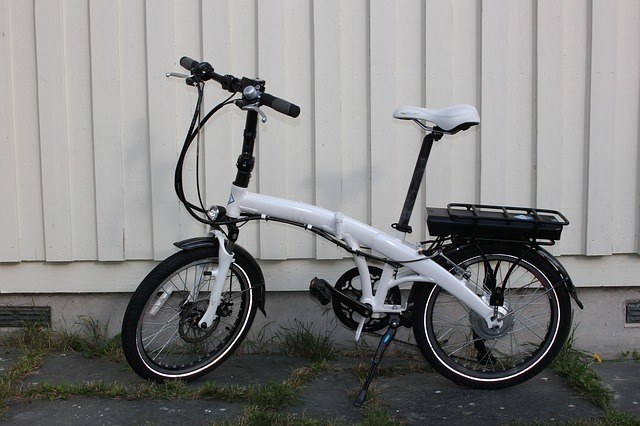 There are several reasons you might be interested in finding the best electric bike for seniors. These bikes are environmentally-friendly, easy to control, and allow you to explore trails, run errands, and spend time outside without exerting much effort. Your age or limited physical abilities should never stand between you and your love for the… 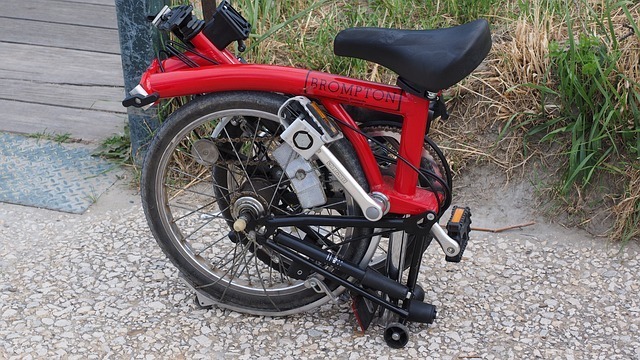 Have you ever wondered what’s the best folding electric bike out there? Did you always want to try them out, but you didn’t know which one to buy? If so, you’ve come to the right place! In this article, we’ll be looking at the best reviewed when it comes to foldable electric bikes. We’ll be… 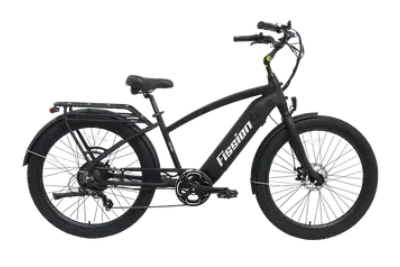 An electric bike, or eBike, is equipped with a small electric motor to assist with pedaling. The motor helps to propel the bike forward, making it easier to ride up hills and over long distances. eBikes are a popular choice for commuters and recreational riders who want to enjoy the benefits of cycling without breaking… 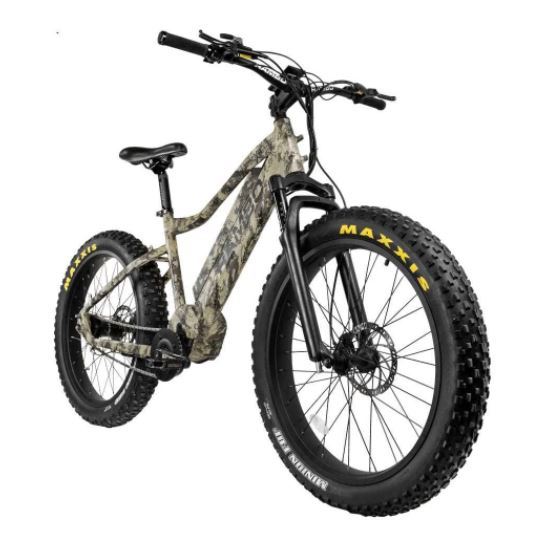 Riders can go much farther into the woods, and still keep things quiet, and spare nature the pollution other vehicles could cause. In the following Rambo ebike reviews, we’ll round up the best bikes you can take out on outdoor adventures. Nature is pretty when people don’t disturb its serenity. That’s why many people prefer…